Female labor force participation increased worldwide between 1990 and 2015. In India, it decreased 22% from a low rate of 37%. Rural married women drove the decrease, which began right after the implementation of a policy guaranteeing employment for rural households. I document the following. The employment guarantee subsidizes household earnings, increasing household consumption. The subsidy replaces women's role as added or insurance workers, crowding out their labor force participation. The crowd-out reduces their command of household earnings and thus their intra-household share of consumption. Though it decreases absolute household-level poverty, the employment guarantee increases women's poverty within the household.

I am an applied micro-economist working at the intersection of labor and development economics. My research investigates early childhood education, fertility, and labor force participation. I study how the market and policy environments of these decisions determine poverty and socio-economic inequality. The subjects of my current projects are poor women and their children, either in the United States or in developing countries. Development economics usually focuses on countries other than the United States. However, a significant fraction of American women and their children live in poverty. Two examples illustrated in the figure below are the following: 1) Arkansas' current maternal mortality rate is virtually identical to that of El Salvador, which is both the smallest country in Central America and one of the most disadvantaged countries in the region; and 2) Mississippi's current infant mortality rate is similar to that of Turkey, another developing country according to several standards. Commonalities in the development of children and the decision-making of poor individuals permit a cohesive agenda, studying individuals who live in different contexts but face similar constraints and scarcities. 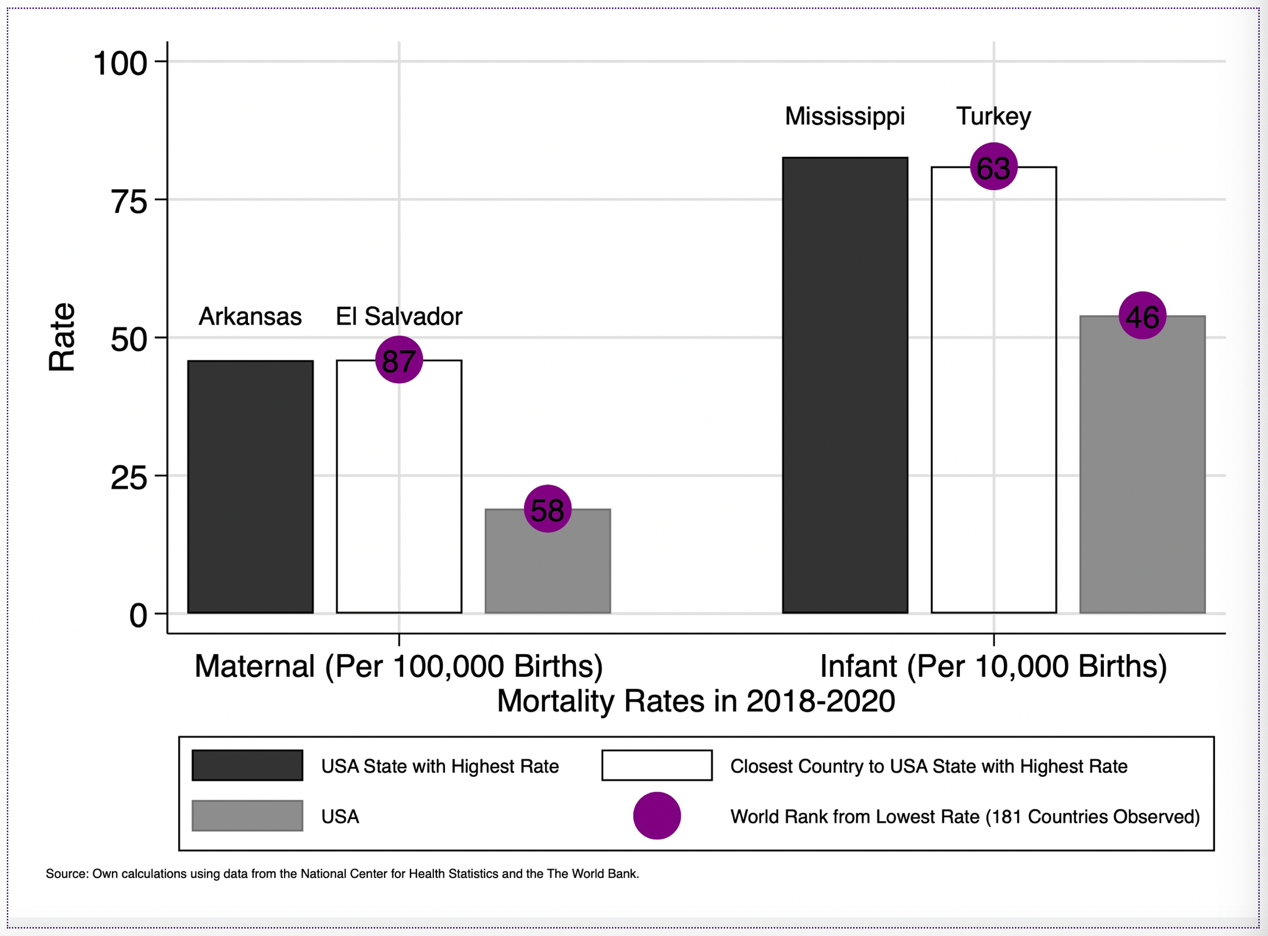