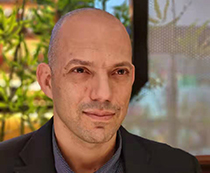 [1] Keeping up with the Zhangs: relative income and wealth, and household saving behavior, Journal of Macroeconomics, Vol 55 (2018).